While working at Digital Six, I was tasked with helping another agency build out the ecommerce store, as part of their new base build for National Trust for Scotland.

I headed up the front end build and worked alongside our senior back end developer who did the heavy PHP, JS and thirty party integration on Magento 2.
I worked to include as much CSS3 interaction & animation to make the flat design pop a little.
The new website was launched in 2018 and I moved on from Digital Six in early 2019. 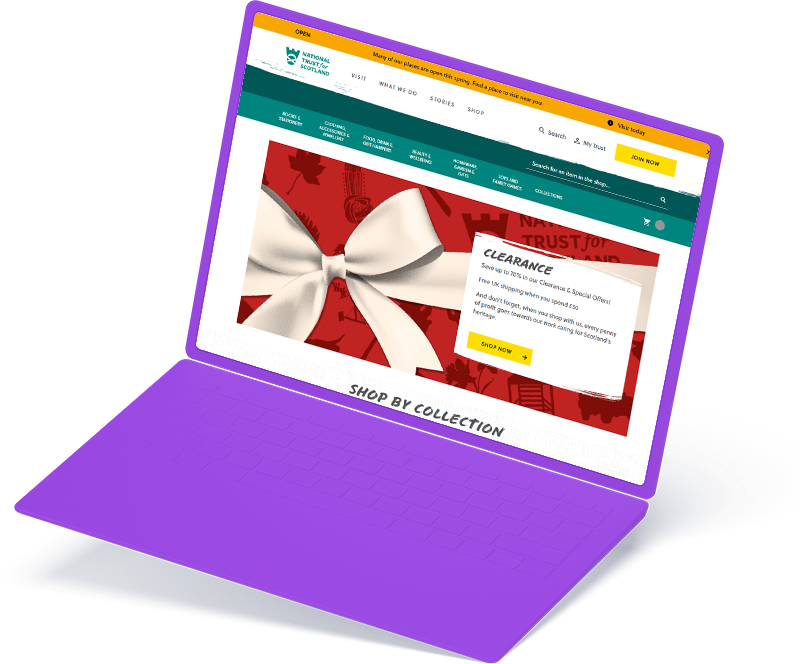 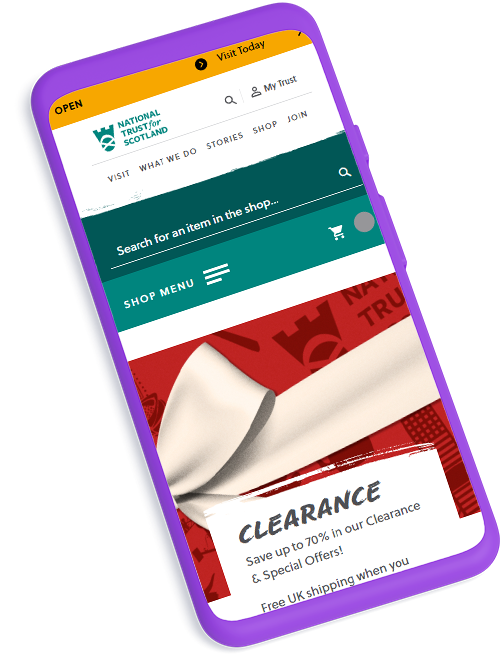